More commonly known as Mashable’s “Ad Bowl”, this 4-hour live-blogfest kicked off (get it…”kicked off”) just before the coin-toss and continued up until Payton Manning hoisted the Vince Lombardi trophy high above his head and proclaimed his allegiance to Budweiser beer. However, this year’s Ad Bowl was extra special, as Matt Bijarchi, Blend’s CEO, was one of the seven marketing executives invited to participate in the live-blogging event.

His partners in crime included:

The participants provided lively, real-time (and sometimes ruthless) commentary during the commercial breaks. Everyone also made sure to get their get jabs in during the Coldplay + Beyonce + Bruno Mars Halftime Show (“Is Bruno wearing a wig??”)

As you saw, this year’s Superbowl commercials were a little tame compared to those in years past. There wasn’t a screaming office linebacker, sexy GoDaddy make-out session, or flying pig. Instead, we had a pretty neutral lineup of fun, uplifting spots that also maintained a level of quality and class. Of course, we’re still trying to wrap our heads around Mountain Dew’s “PuppyMonkeyBaby“. Still, the price tag on those spots keeps going up at an average $5 million per 30 seconds, the expectations are high and in many cases were met.

Take a look at some of the live-blog highlights below, but also make sure to hop over to Mashable to catch the entire transcript. 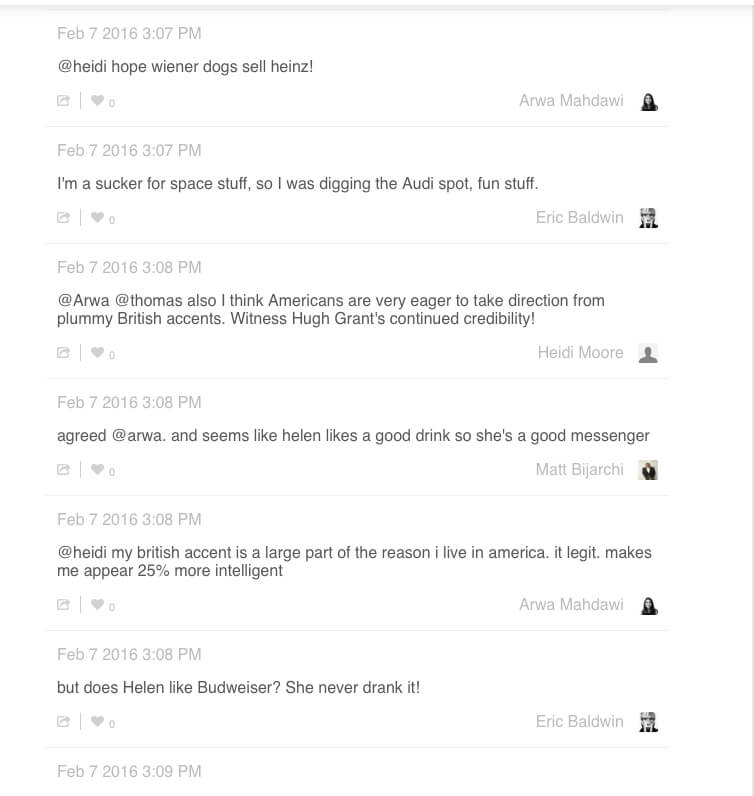 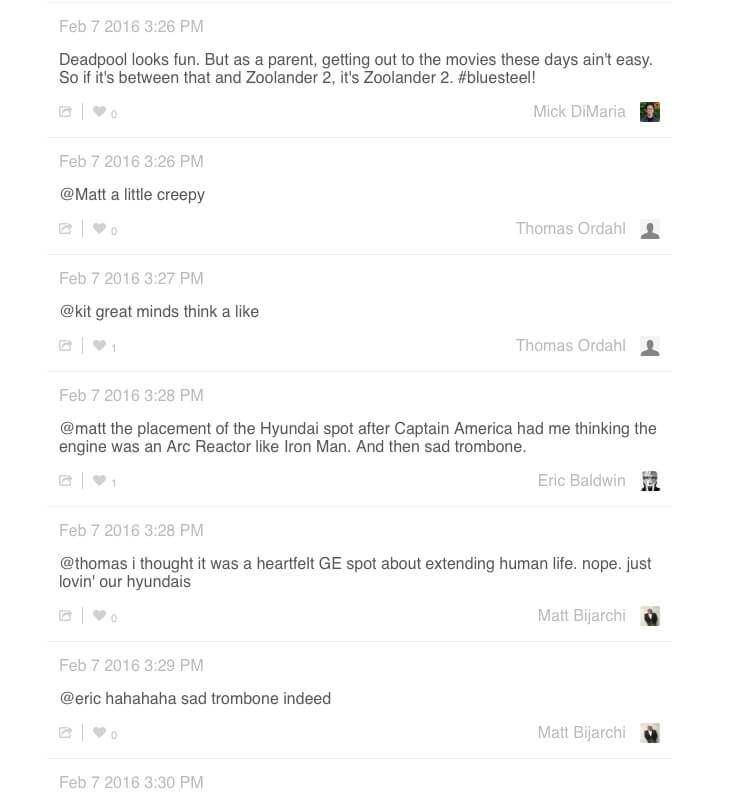 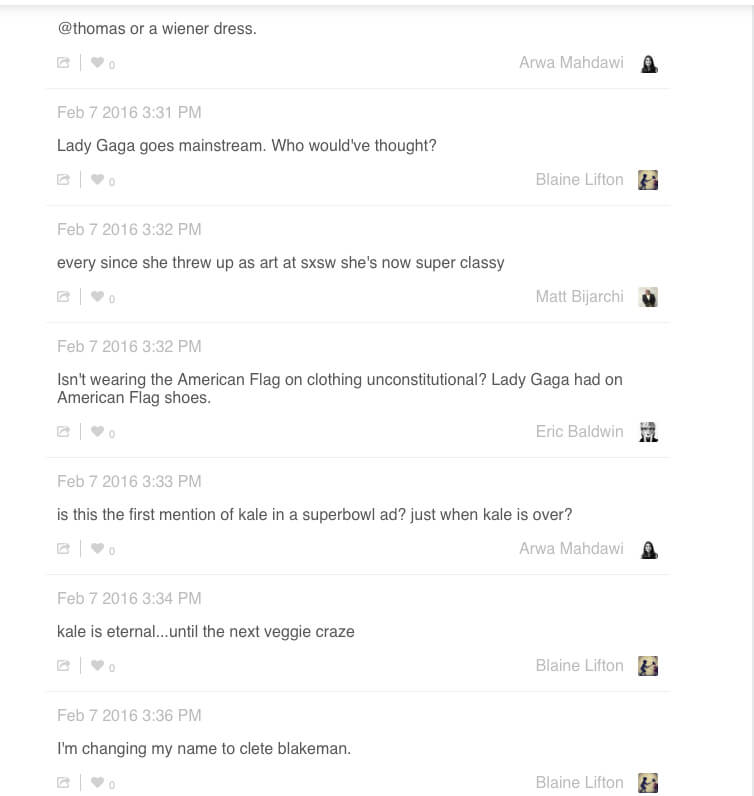 At Blend, we understand the value of creating a connection with customers through social media, standing out through the use of stunning professional images, and engaging users with the production of captivating video marketing. Elevate your brand by creating memorable marketing content with Blend contact us today.

See an example of our video work.